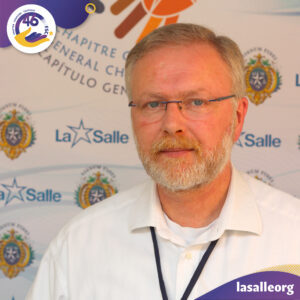 He studied Theology and became a professor of Spanish in Reims. He has served as director at Saint-Étienne for five years (Lycée Sainte Barbe).

Between 2004 and 2009, he served in Rwanda to assist street children at a residential centre.

He has also served as professor at ECAM (School of Engineering) in Lyon, and since 2021 he has served as community director at Lyon Montée des Carmes.