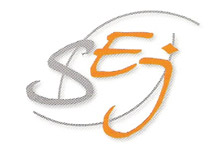 The Congregation of the Lasallian Sisters was founded in 1966 by the Brothers of the Christian School (La Salle) in Vietnam to take care of the needs of poor children abandoned because of the civil war in their country.

The Congregation agreed to take on the Rule, Constitution and spirituality which Saint John Baptist De La Salle had given to the Brothers.

Nicolas Roland(1642-1678), a young priest from Reims possessed by God was overcome by the destitution of the poor abandoned children who knew nothing of the great love of God for each one of us. In 1670 he took charge of a house of orphans, “these suffering Jesus”, in Reims. He brought from Rouen two Sisters to take care of them, educate them and announce to them Jesus Christ.Open to God and filled with the apostolic currents of his time, he gathered into his house the priests of Reims in order to live more closely Jesus and His Mystery and to learn to speak in a more apostolic way, without rhetoric.Against all odds (the City Council, the Writing-Masters, the Cathedral Chapter), he quickly founded a Congregation of non-cloistered young women to run a school for girls so as to reveal to them Jesus Christ and His Gospel.For him, for the priests, for the Sisters what mattered was not activity nor apostolic projects but belonging to God, leaving to Him the initiative for everything and remaining a docile instrument in His hands.When he fell gravely ill, he confided to John-Baptist De La Salle, his disciple and friend his apostolic zeal towards the young, making him his executor and asking him to take charge of the little community of the Sisters of the Child Jesus and to pursue his apostolic work aimed at the young.He died aged 36, certain that God would make his work live by and through his death, convinced by his little Congregation that “a handful of people heading towards perfection in a beautiful way , regardless of their state in life, render more glory to God than a city or even a province knows how to render to Him”, asking for love, poverty, humility and apostolic zeal in order to make known the work of God.For further information see the blog: Nicolas Roland, témoin passioonné de Jésus-Christ
http://soeurssaintenfantjesus.wordpress.com
http://prieravecnicolasroland.wordpress.com