Perpetual vows of the 3 first Sisters

On 25 March 2022, the Solemnity of the Annunciation, Sisters Linda Augustin, Nerlande Jea-Pierre and Majorie Jean Pierre took their perpetual vows. They are the first Sisters of a new Institute in Haiti.

The celebration took place in the parish of Our Lady of Lourdes in Chansole, presided over by Charles Peters Barthélus, Bishop of the Diocese of Port-de-Paix and by Brother Hermann Austinvil, FSC, on behalf of the Brother Visitors of the District Antillas-Mexico Sur,

The Sisters were accompanied by their community, many Brothers from the Sector of Haiti, 22 priests with the Vicar General, 7 religious communities from other congregations and civil and political authorities, demonstrating the great appreciation for the work done by the Sisters.

During the celebration it was read a letter of congratulations, gratitude and encouragement that had been sent by Brother Rafa Matas, the General Councillor for Vocations and the Lasallian Family, who has always supported the new community .

The wish and hope is that other Sisters will be encouraged to follow the same vocational process.

The Brothers of the Christian Schools founded two religious institutes for women: the Congregation of the De La Salle Sisters, District of Vietnam, in 1966. It was officially recognised by the Holy See in 2002 under the Archdiocese of Saigon, Vietnam. Today, in addition to Vietnam, they are also present in Thailand, the United States, Australia and Cambodia. The mission of the De La Salle Sisters is similar to that of the Brothers, to provide a human and Christian education to young, especially the poor.

“The Institute of the Guadalupana Sisters of La Salle owes its origin to the intuition and apostolic zeal of Venerable Brother Juan Fromental Cayroche of the Institute of the Brothers of the Christian Schools, who, around the year 1944, after some twenty years of apostolic dedication in Mexico, saw the need to create a feminine Institute which could collaborate with the Brothers in their educational mission for the young. Placed under the patronage of Our Lady of Guadalupe, this Institute would have Saint John Baptist de La Salle as its inspiration and guide and Saint Joseph as its special patron” (R. 1 of the Guadalupana Sisters of La Salle).

The Institute was founded on September 8, 1946. On May 15, 1949 it received affiliation to the Institute of the Brothers of the Christian Schools; on June 1, 1962 it received diocesan approval and on April 10, 1976 it received Pontifical approval.

The Guadalupana Sisters of La Salle live the Lasallian charism inherited by their Founder, Venerable Brother Juan Fromental Cayroche fsc, and following the example of their Founder, they carry out the mission of “Providing human and Christian education to children and the young, especially the poorest” (Rule 3) wherever they receive God’s call.

At present the Guadalupana Sisters of La Salle are present in the countries of: Benin, Brazil, Bolivia, Burkina Faso, Colombia, Ecuador, USA, Philippines, Madagascar, Mexico, Italy and Rwanda. During the months of May-June 2022 the Sisters will celebrate their XI General Chapter in San Juan de Rio Qro. Mexico in which Sisters from all countries will participate. 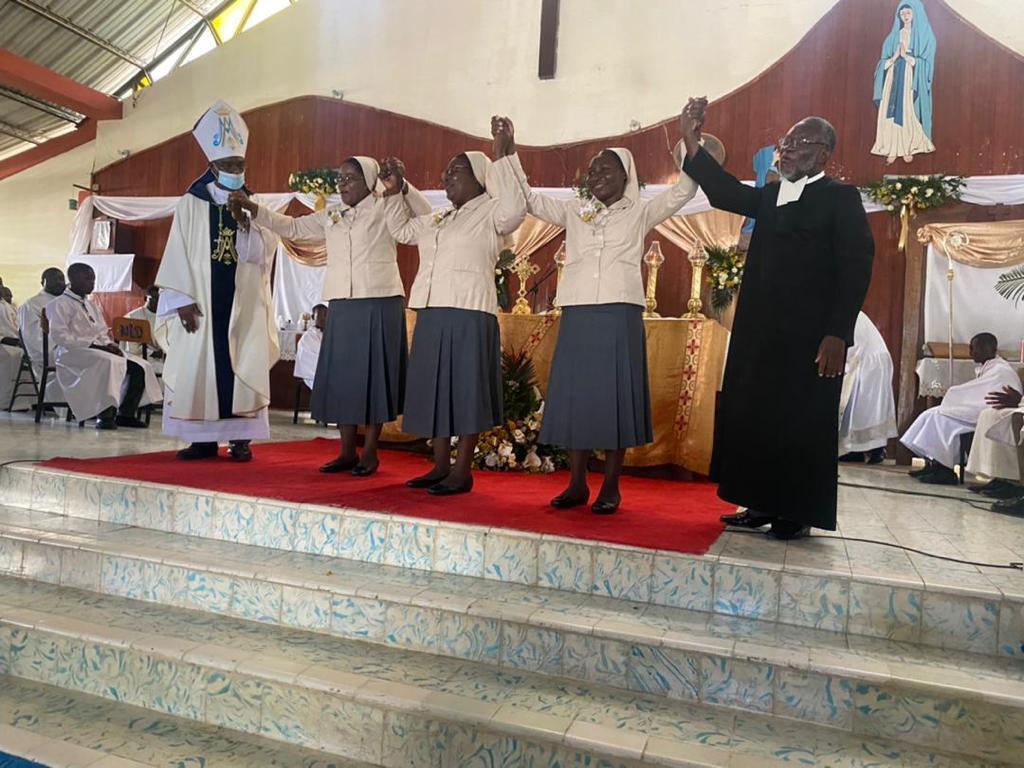