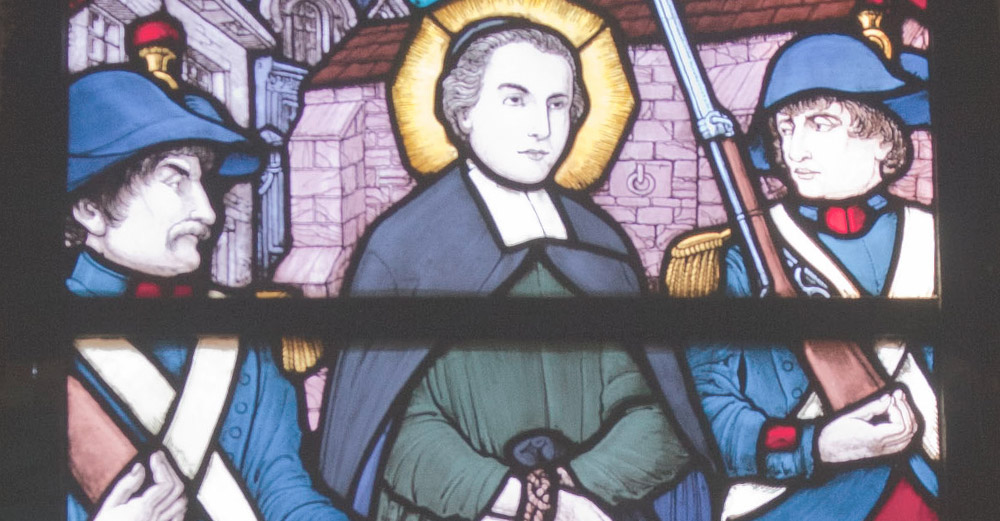 Once the monarchy had been overthrown early in the French Revolution, the next target was the Church. In 1790 the Civil Constitution of the Clergy gave the state complete control over the Church in France. In order to continue to function, priests and religious were forced to take an oath to support the constitution. Most of the Brothers refused and so were forced gradually to abandon their schools and communities. Eventually the Institute was deprived altogether of legal status in France.

Brother Solomon was secretary to Brother Agathon, the Superior General, after having been a teacher, director and bursar. He always showed a great love for people and a great attachment to his work. Having refused to take an oath, he lived alone in Paris in secrecy. We still have many of his letters to his family. The last one is dated August 15, 1792. That very day he was arrested and imprisoned in the Carmelite monastery, which had become a prison, together with several bishops and priests.

On September 2, almost all the prisoners were killed by sword in the monastery garden. He was beatified on October 17, 1926, together with 188 of his fellow martyrs. He was the first one of our martyrs and also the first Brother to be beatified.

His feast is celebrated on September 2 with the other Brother martyrs of the hulks of Rochefort, who died 2 or 3 years later.