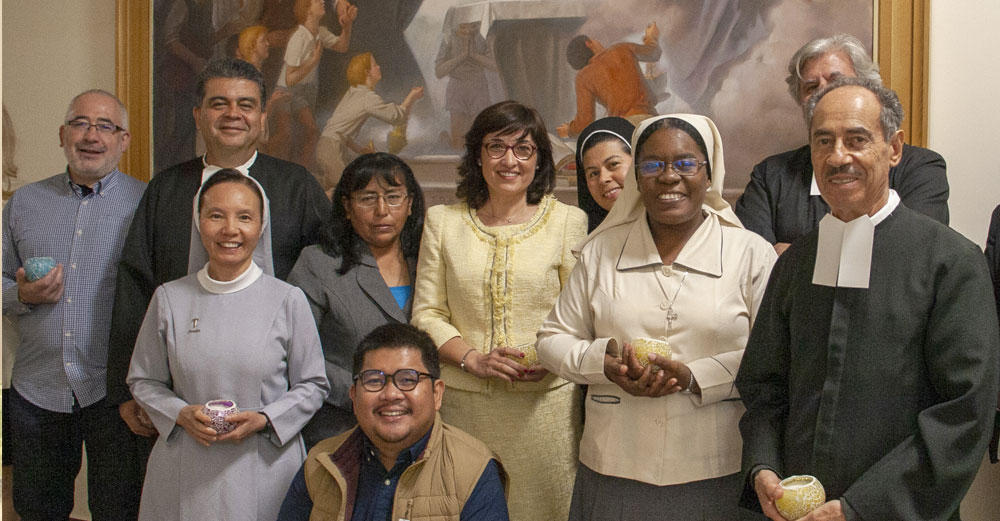 “The Lasallian Family indicates those who participate in the Lasallian Education Project, especially those who follow in the path of sharing the spirit and mission of St.John Baptist De La Salle.”

Other forms of Association

The 45th General Chapter recognised the progress made by the Institute in recent years in the sphere of association (45th General Chapter, 2.13). These developments have meant that many Lasallians have been able to make explicit commitments using formulae that difffer from those traditionally used in the Institute. These are new forms for living association. They are inspired by the Spirit of God and are based on the ways in which the Lasallian spirit is becoming rooted in particular local cultures.

Thus it is that a large number of Lasallian Associates are living their commitment in close relation to a local Community or District. In some cases this takes the form of intentional communities or fraternities. As examples of this, we can point to the existence of Associates and Intentional Communities in the District of ARLEP or to the Lasallian Fraternities in the District of France. And there are other such particular forms to be seen in other parts of the Institute.

Whoever would like to know more about the Lasallian Family could read Circular 461 (Associated for the Lasallian Mission….an act of hope).