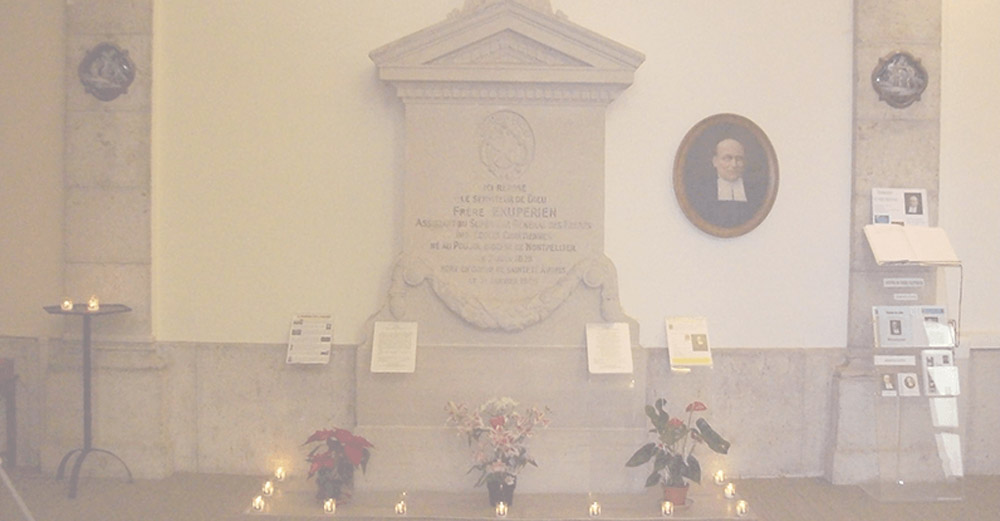 In his last post, which lasted 32 years, he accomplished remarkable apostolic work. It was he who inspired the Monthly Retreat, destined to revive the spiritual life of the Brothers, and the nine month Second Novitiate. He founded the Saint Benedict Labre Association with the aim of leading the young people to live an authentic Christian life. He inspired and animated the first Trade Union of Employees of Industry and Commerce to safeguard the material and spiritual instrests of the members. This Trades Union was the origin of the French Christian Workers’ Confederation.

The Cause of the Servant of God has made remarkable progress. The decree on the validity of the process was promulgated on April 6, 1979 and the “dossier” for the examination of the heroicity of virtues is being prepared.