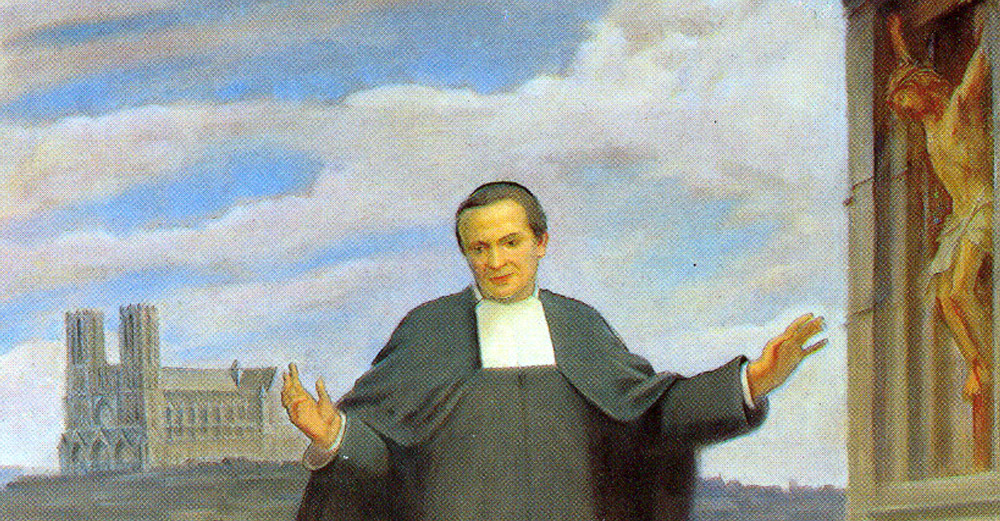 Jules-Nicolas Rèche was born into a poor family living in Landroff in the province of Lorraine. He left school at an early age to work as a stable-boy, a coachman, and finally as a teamster for a local construction company. Even as a young man he was known among his fellow workers for his piety and his self-discipline. He first met the Brothers while attending evening classes in their school and asked to be admitted into the congregation.

He taught for fourteen years at the boarding school on the Rue de Venise in Reims. Despite the demands of a full teaching schedule he managed by private study to master theology, mathematics, science and agriculture, which he taught to small groups of advanced students. During the Franco-Prussian War of 1870, he worked with other Brothers to care for the medical and spiritual needs of the wounded soldiers on both sides, for which he was awarded the Bronze Cross. The intensity of his prayer life and his love for practices of penance soon led the superiors to appoint him Director of Novices at Thillois. He won the hearts of his young charges by his evident solicitude for their spiritual and professional development.

There are stories of little miracles and cures, as well as his uncanny ability to discern their inmost thoughts. Brother Arnold was known for his devotion to the Lord’s passion and for his docility to the Holy Spirit who, as he often remarked, “strengthens a person’s heart.” When the novitiate was moved to the new formation center at Courlancy near Reims in 1885, Brother Arnold was instrumental in having it dedicated to the Sacred Heart. He died at age fifty-two with a reputation for sanctity, only a few months after his appointment as Director General of Sacré Coeur.