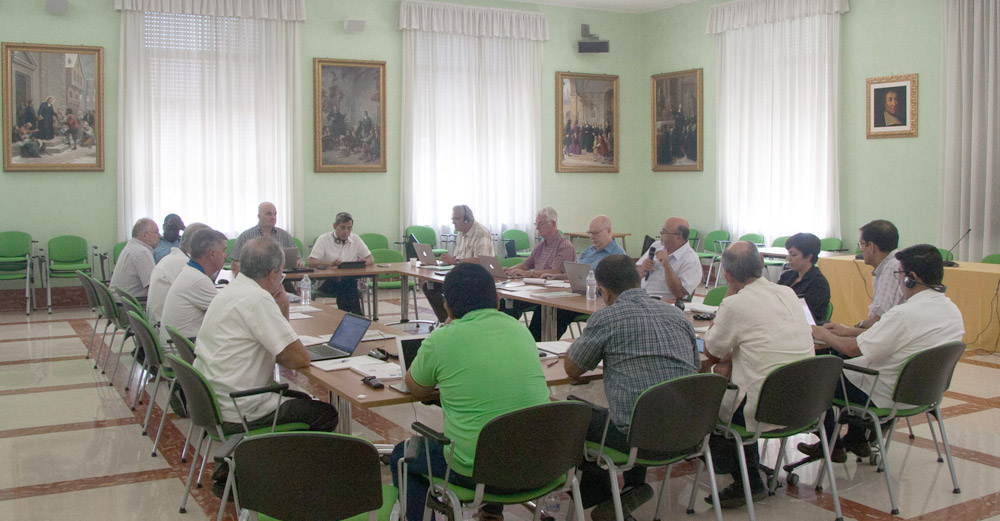 The Secretariats and Services at the Center of the Institute are organized to help the Brother Superior General and his Council in the government and animation of the Institute. The synergy between the General Council and the Secretariats and Services has produced the present Strategic Plan with the aim to carry out the propositions of the 45th General Chapter with a comprehensive and realistic set of goals and strategies involving the Regions, Districts and other concerned entities in the Lasallian world.

The General Chapter agreed that the Brother Superior General and his Council should be left free to restructure the Secretariats and Services in function of present and future needs.

Based on the experience of the previous years, the General Council decided:

Until the last General Chapter, each Secretariat and Service had an International Advisory Council.

An evaluation suggested that it would be more efficient to appoint ad hoc commissions when needed in order to provide opportune help in a direct way with some of the issues that may arise. Some of them have already been suggested or decided by the General Chapter such as:

Chapter, the General Council will continue to count on the valuable advice of the International Economic Council and the International Council of Young Lasallians, who will meet regularly according to their own statutes. The present chapter describes the role and introduces the objectives of the Secretariats, Services and International Advisory Councils.