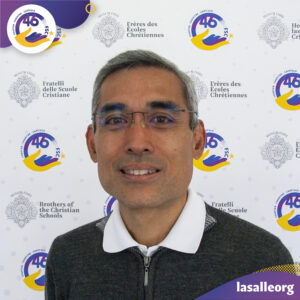 Brother Angel Ricardo Laguda, better known to everyone as Brother Ricky, was born in 1969 in Bacolod City, Philippines. He completed his formation in Manila and Lipa City and took perpetual vows in 1999. He holds a bachelor’s degree in philosophy, a master’s degree in education, religious education and a doctorate in education.

He has already served as General Councillor, appointed by Brother Robert Schieler, the previous Superior General, from 2014 to 2022.