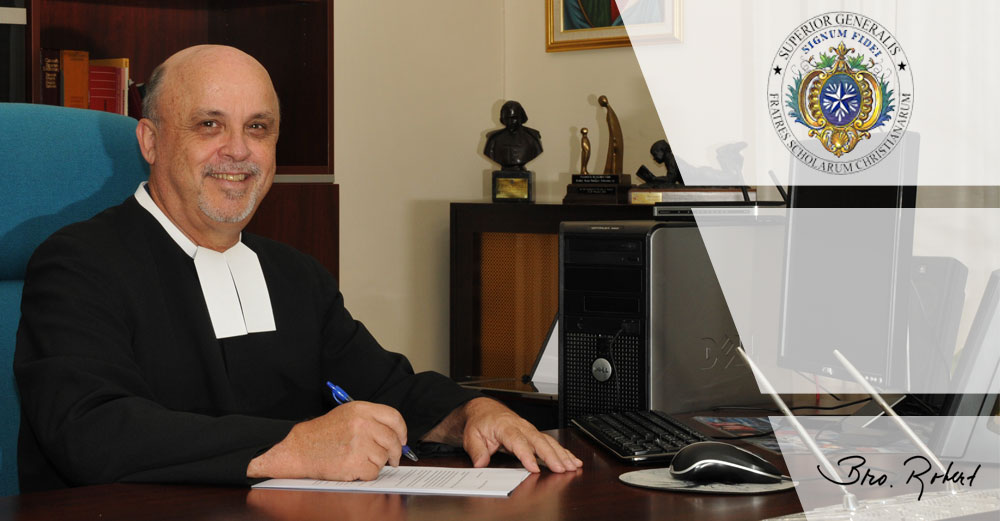 Brother Robert Schieler, FSC, who has served as General Councilor for the Lasallian Region of North America (RELAN), was elected Superior General at the 45th General Chapter on May 20, 2014.
He is the 27th successor of St. John Baptist de La Salle.

A missionary to the Philippines for 11 years, he has served in a variety of administrative positions from Assistant Principal to Superintendent of Schools. A delegate to the 44th General Chapter in 2007, he also attended the 43rd General Chapter in 2000 and the 42nd General Chapter in 1993. He sits on several boards, including Saint Mary’s University of Minnesota and Bethlehem University. He is a graduate of La Salle College (now University) in Philadelphia, PA, where he has also served on the Board of Trustees.