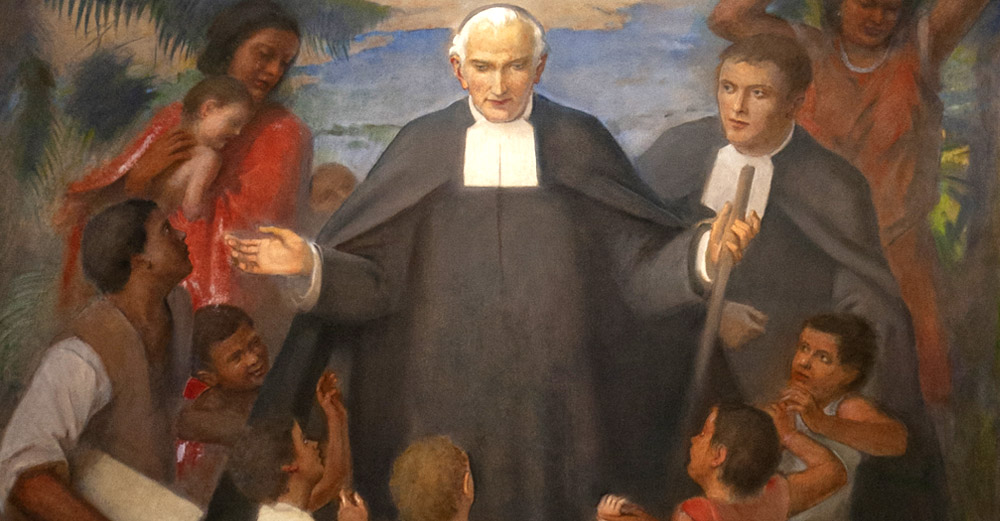 As a devout young man in his native village in Burgundy, Jean Bernard Rousseau was serving as a catechist when he was introduced to the Brothers, who had just opened a school in a nearby town. He entered the Paris novitiate in 1822.

After ten years in elementary schools throughout France, Brother Scubilion left France in 1833 to dedicate the remaining thirty-four years of his life to the enslaved natives on the island of Reunion in the Indian Ocean. Remembered as the “catechist of the slaves,” he inaugurated evening classes for them, which were well attended, even after a long day of exhausting labor. He devised special programs and techniques, suited to their needs and abilities, in order to teach the essentials of Christian doctrine and morality, and prepare them to receive the sacraments. He won them over by his kindly manner and his respect for them.

After the emancipation of the slaves in 1848, he continued to care for them and to help them adapt to their new life of freedom and responsibility. In the last years of his life, despite failing health, he assisted the local pastor in visiting the sick, winning over sinners, encouraging vocations, and even effecting what seemed to be miraculous cures. At his death he was venerated everywhere on the island as a saint.