Two new appointments in the Institute 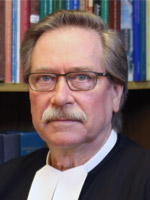 In assuming this new position, which has never existed before, Brother Donald will work alongside the General Council of the Institute, at the Generalate in Rome, to implement the 46th General Chapter’s decisions on financial matters.

Br. Donald, who had already worked at the Generalate in other capacities, (in the period from 1998 to 2000 and from 2000 to 2006) has already amply demonstrated, as Visitor, for both the former San Francisco and San Francisco-New Orleans Districts (SFNO), his planning skills in financial practice. 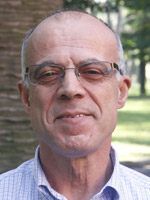 Similarly, Brother Armin Luistro has appointed the new Secretary General of the Institute of the Brothers of the Christian Schools: Brother Alfonso Novillo Aranda (Arlep District), to replace Brother Antxon Andueza, who has performed his duties excellently over the past eight years.

Brother Alfonso has already worked in the Generalate as a member of the CIL team (from 2002 to 2013). He then worked at the Centro Superior de Estudios Universitarios La Salle (Madrid).

For the last two years he has been a member of the Community of the Colegio Institución La Salle (Madrid).