Assembled again remotely with all the delegates to the III AIMEL, the session began with prayer offering the progress of the work done so far. Alisa Macksey presented for consideration the minutes of the third session of the first phase of the AIMEL, which were approved.

In the first part of the session, information was given about the closing meeting and first perspectives of the 2nd phase of the III AIMEL.

The Central Commission allocated this meeting space by linguistic groups to strengthen the bonds between the delegates and to share the past and the present, learnings and significant resonances from the experience of the 1st phase of the III AIMEL; expectations and suggestions with a view to the 2nd phase of the Assembly; expectations and reactions with regard to the 46th General Chapter to which the proposals approved in the AIMEL will be submitted.

At the end of the sessions by linguistic groups, Brother Robert Schieler, Superior General, addressed all the delegates, appreciated their work during all these months and invited them to continue with hope and courage on the path to the III International Assembly for the Lasallian Educational Mission.

In an atmosphere of prayer, we reflect on how to continue to be the light of the world through the good works that we can do for the good of those whom God has entrusted to us in the mission. With this we began the third day of the first phase of the III AIMEL. The minutes of the second session were voted on and approved.

The secretaries presented the proposals: Thematic Axis 6: A Lasallian education focused on the Gospel and dedicated to spiritual accompaniment and dialogue. It is proposed to implement innovative methodologies for accompaniment and education in interiority and in the implementation of human and Gospel values.

Thematic Axis 7 on: Lasallian Educational Communities for the Transformation of Society: Critical Citizenship, Social Responsibility and Ecology; to sustain and enhance our global collaborative effort with the transformation of the world and Lasallian educational communities.

The proposals of these three thematic axes were approved by a majority vote.

In the initial prayer, we continued to reflect on the manure that the seed needs to grow and become stronger and we began the second day of the first phase of the III AIMEL. We then proceeded to vote on the minutes of the first session, which were approved.

The Secretaries presented the proposals: Thematic Axis 3: Effective Structures of Association and Intentional Communities for Lasallian Commitment. This proposal indicates that the signs of the times impel us to review the current reality of association, as well as to create and develop opportunities, structures and networks in order to foster the sense of belonging and commitment of the Lasallian Family in each District.

Thematic axis 4 referred to: Culture of Vocations: Creation of spaces and contexts, both at personal and community level, for accompaniment and vocational discernment. This proposal focuses on accompaniment and discernment while promoting new forms of community and spiritual life for all Lasallians in a way that responds to the signs of the times.

Thematic Axis 5: Lasallian response towards eradication of poverty through inclusive communities.  This proposal refers to supporting, promoting and implementing in each District or at the local level sustainable programmes and intentional communities to eradicate poverty in its various forms through the strengthening of the principles of inclusiveness, the culture of fraternity and co-responsibility.

The proposals in these three thematic areas were approved.

Today in Rome we started the first plenary session of the III AIMEL 2020, with the presence of the moderators and secretaries of the eight thematic axes, the General Council, the Secretaries of the Secretariats of the Institute and in a virtual way the delegates by Regions; it is led by the members of CIAMEL. United in prayer, reflecting on the sowing of the seed, we began the day. In a fraternal dynamic, the participants were officially welcomed and introduced in the Aula Magna of the Generalate.

The process to be followed for the presentation and approval of the proposals was explained using the mechanisms provided by technology.

The secretaries presented the proposals:

Effective governance and financial structures for the sustainability of the mission, which seeks to ensure the existence of a model that responds to and supports the style of Lasallian Association that guarantees the vitality and continuity of the Lasallian Educational Mission. Furthermore, that CIAMEL develops in a prophetic and effective way its work of bringing together all educational ministries and institutions into a global network committed to Lasallian Identity, Mission and Association.

Building and revitalising formation and accompaniment to grow and sustain the Lasallian Mission.

By majority vote the proposals for these two thematic axes were approved.

“We embodied the Lasallian charism and addressed the needs of the times by creating an alternative process to achieving the outcomes of the third AIMEL.” Let us listen to some words from Alisa Macksey, General Co-Coordinator of the III AIMEL.

In the following days the proposals of the delegates of the AIMEL will be voted on to be worked on and presented to the new General Chapter, but what is the General Chapter or the AIMEL?

Today Carolina Cano, one of the delegates representing Young Lasallians at AIMEL will explain to us what the International Assembly for the Lasallian Educational Mission is why this event is so important and how we can support the development of the Lasallian educational mission. We remain united, We are La Salle.

AIMEL 2020
TOGETHER, WE MAKE IT POSSIBLE

Associated for the Lasallian Mission by being the light that burns hearts in an act of hope, by being a single force in the task of making the seeds of God grow in the Lasallian school.

AIMEL 2020 has identified and established, from the Regional proposals, eight common strategic axes that will allow for the development of the proposals for the Lasallian Educational Mission and which are highlighted below:

To encourage the establishment of formal or legal Structures of Animation and Governance, networks and councils at all levels, Institute, Region and Districts.

To boost the Formation and Accompaniment of Brothers and Lay Lasallians involved in MEL, strengthening Lasallian identity, spirituality and association for the Mission.

A Culture of Vocations that favours the discernment and living out of the vocation, especially in young people and the discovery of the vocation as Lasallian educators.

Creation and strengthening of sustainable projects, giving priority to the Lasallian Educational Mission.

Service to the Poor and Inclusion in the recognition of multiculturalism and beliefs in the Lasallian Family.

The following three axes are intimately linked and complement each other, Lasallian Educational Mission:

From an Evangelisation that fosters the development of religious life, both on a personal and group level, projecting itself in a lifestyle in accordance with Gospel values.

To promote an educational approach that drives the formation of citizenship, the development of critical thinking and ecological awareness, responding to the challenges and problems of integral ecology mentioned in the encyclical Laudato Sí.

Eight axes which make feasible the drafting of proposals which are the basis of our present history for the transformation that the new horizons demand from us, with an identity which drives and sustains our vocation, in that vitality which keeps the flame burning.

Lasallians united in making a dream possible, the same dream that gives meaning to our existence through the educational mission at the service of all the students entrusted to the care of the Lasallian ministry, especially the poor and the most vulnerable. 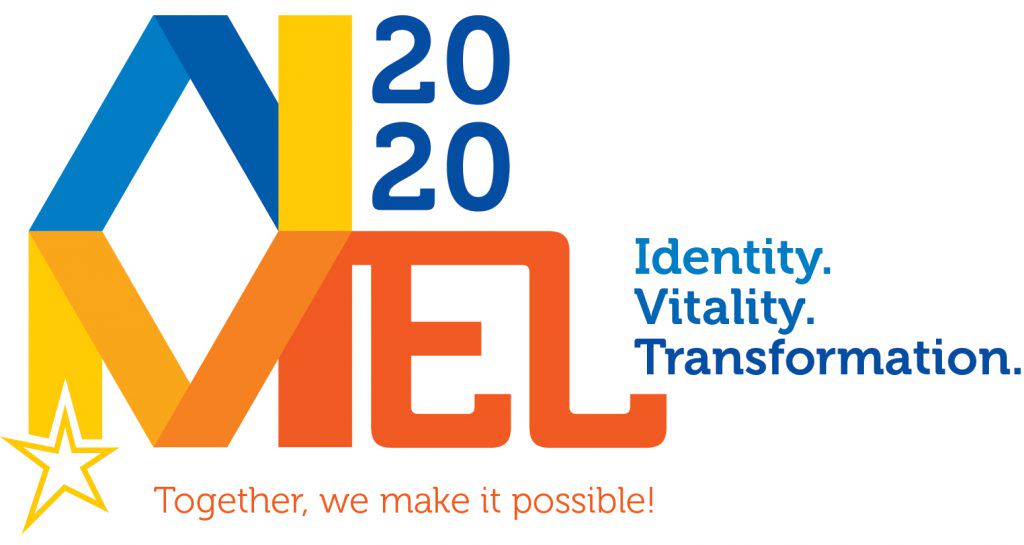