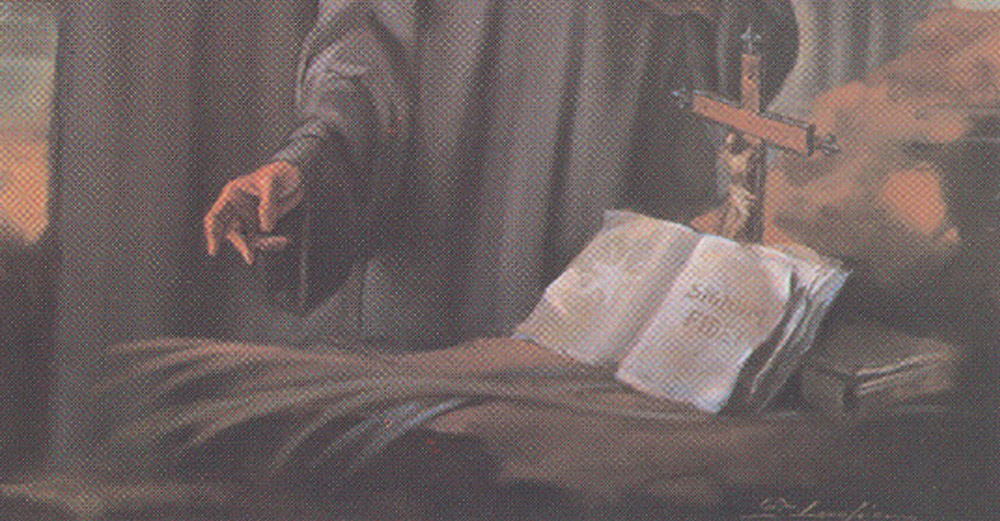 On Sunday, October 1, 1995, His Holiness John Paul II beatified 64 martyrs: the priest John Baptist Souzy’s group (the Vicar General of La Rochelle), who, along with 63 companions, died as victims of suffering for the faith during the French Revolution.

They are called «martyrs of the hulks of Rochefort» because of the place where they were held as prisoners. The name hulk was given to the old boats ordinarily used as storage ships, hospitals or prison ships.

There were two boats that served as prisons: “The Two Associates” and the “Washington” and these were based in Rochefort, where the river Charente emptied, in the department (county) of Rochelle.

There were in all 827 priest and religious prisoners, the majority of whom had refused to swear the oath of the Civil Constitution of the Clergy, which would be considered an apostasy of the faith.

Of the 827 prisoners, 542 of them died during the months of captivity in the pontoons: from April 11, 1794 to February 7, 1795. All had to endure terrible suffering and vexations for the faith and they died as a result of maltreatment. The 285 survivors were freed on February 12, 1795, and they were able to return to their places of origin. Some of them left written testimony about the heroic examples of their martyred companions.

Among the prisoners of the hulks were seven Brothers of the Christian Schools: Roger, Leon, Uldaric, Pierre-Christophe, Donat-Joseph, Avertin and Jugon. The last three survived and were liberated on February 12, 1795. The first four died in prison but in the group of the beati only Brothers Roger, Leon and Uldaric are included. Information about the fourth, Brother Pierre-Christophe, was unavailable and so he was not included in the group.